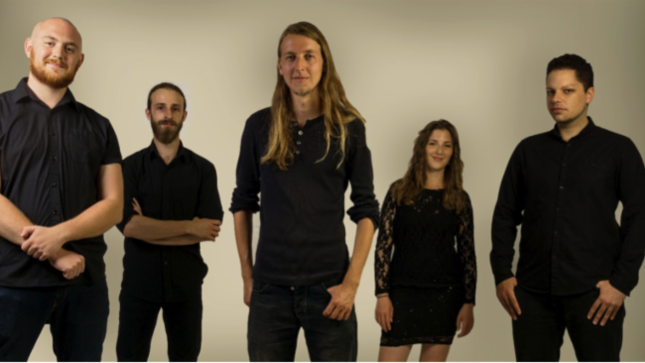 Young British progressive rockers Maschine have announced the release of their second studio album Naturalis for November 18th on InsideOutMusic. The follow-up to the band's debut Rubidium is the first to feature drummer James Stewart (Vader) and keyboardist/vocalist Marie-Eve de Gaultier.

Lead guitarist and vocalist Luke Machin had this to say: "I'm very proud of what we've done in the studio this time, we were very aware that the songs had to be the best we could do. After all, it does represent us at this point in time, and we were determined that everything about it should be the best that could be done."